The Importance of Revealing a More Diverse History on Tours

The Importance of Revealing a More Diverse History on Tours

In my experience, it’s uncommon to find a more diverse history represented on a tour.

It’s not intentional, but tours are usually created once and then passed on from guide to guide.

Rarely are tours re-evaluated and content overhauled due to the time needed to retrain everyone on the tour.

I argue that we SHOULD make that extra time commitment.

Revealing a more diverse history on our tours will not only paint a more accurate picture of your destination for guests, but it keeps tours fresh and more engaging to give.

One of my favorite tours I used to give was of the Statue of Liberty.

Trailed by a group of (usually) American tourists that were often in my city for the first time, and booked on my tour simply to get that Instagram photo…they were usually expecting a fun time, and maybe a few historical details about the Statue.

That is not the tour I delivered.

Years ago I read a book about the story of the sculptor’s journey to build the Statue of Liberty (highly, highly recommend) which gives a perhaps, less noble purpose to the iconic-statue.

On my tour (careful to be out of earshot of Park Rangers who were a bit more conservative with their teachings), I would regale guests with the somewhat tragic story of a ‘Mama’s Boy’, who really wanted to build an epic statue, at whatever cost.

Becoming a symbol of Liberty & the American Dream? That came well after.

I would also introduce them to the Statue of Liberty’s maintenance man whenever we passed him, who had the most amazing title; “Keep of the Light” as he was the sole person with keys to the torch (which most people don’t realize has been closed to the public since 1916).

My groups would always ask to take pictures with him (& he’d put aside his tools or broom, only slightly harassed that we interrupted his work).

Having been educated in the USA, I can tell you that the story I shared on Liberty Island was NOT what I learned in school.

I would often get school-aged kids on my tour and encourage them to go back and harass their teachers with this ‘radical’ knowledge (I can only hope that they did!)

Tour guides have the power (I’d even argue, ‘duty’) to share the true stories of their cities with travelers.
​
In this article, I outline different ways tour guides can source a more diverse history.  Let’s take on the responsibility and raise the bar. 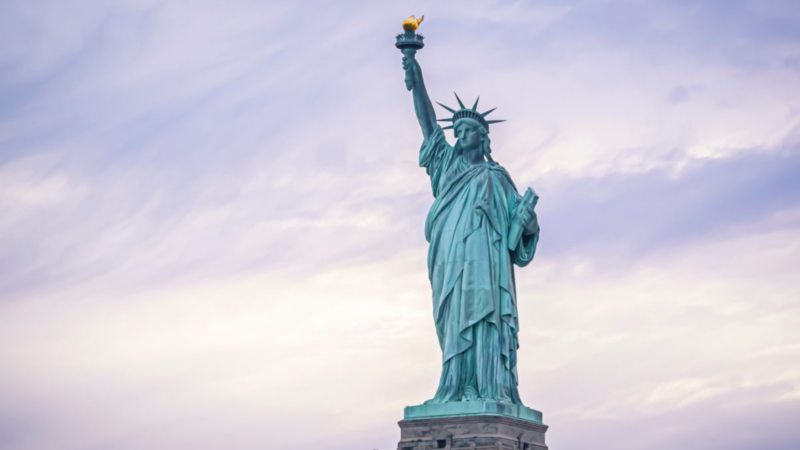 How to source & share a more diverse history on your tour.

“History is written by the victors,” they say. And it’s hard to argue that most ‘popular history’ is written by, or from the perspective of Western, white, males. Or at least it was.

But here’s the thing, history is constantly changing. And what used to be ‘fact’, can now be challenged and even rewritten. It’s not our job as tour guides to confirm what guests expect about our cities, our job is to educate and enlighten them. So why not surprise guests with a fresher take on the history they thought they knew?
Who said tour guides can’t be on the cutting edge of history?

Every guide tends to have their ‘go-to’ history books. Do a quick check, are those books all written by a certain gender? Or are they all published before the 1970s?

You don’t have to toss out your favorite classics, simply add in some variety.

Look up books on the history your tours touch upon that are written by women, or other minorities.

Find recent movies and television shows geared towards communities you aren’t a part of.

Better yet, do some research on your own, talking to friends, family and other locals (taking care to share their stories responsibly).

Of course, this is harder in some countries (or cultures) than others, but if you do enough digging, there are always small, local communities doing this research already.

There are such rich stories and culture from the ‘gypsies’ in Spain or Hungary or Australia’s Aboriginal communities or Chinatowns around the world.

Too many tours rely on well-known, or vintage recommendations that travelers are expecting.

Classic museums such as The Met in NYC, or the Uffizzi in Florence, for example, or restaurants that serve up traditional fare.

But the modern-day culture is just as important to a city’s character as its history.

I’m not saying you have to throw out the old recommendations, just take the time to mix in some new.

One trick I personally use it to do a local search of ‘minority-owned businesses” or “immigrant-run restaurants” (Unearth Women’s Feminist City Guides are a great source).

Or you can make a point to look for niche museums to recommend such as The Colored Girls Museum in Philadelphia.

Tying it all together to show history’s effect in shaping the modern-day culture of your city makes for a more relevant and impactful tour that your guests are going to remember for years to come.

Back to the full blog.