Housekeeping, or, the Secret Reason Why Your Guests Aren’t Paying Attention to Your Tour

Housekeeping, or, The Secret Reason Why Your Guests Aren’t Paying Attention to Your Tour
A lot of guides are resistant to doing ‘housekeeping’ on a tour (the boring start-of-tour business like when the tour will end, safety information, etc) but it might be the reason your guests are having trouble paying attention.

Video please
It’s not a terribly exciting way to start the tour and definitely makes it harder to start your tour off on a fun note.  However, not hitting enough details in your ‘housekeeping’, often causes your guests to be stressed and distracted, no matter how brilliant your storytelling is, or how many exciting moments you’ve created.
In this article I’ll break down Maslow’s Hierarchy of Needs (which shows WHY this seemingly unexciting information is so important to your guests), what you should include, and how to fit it into your tour.
Tour Operators- this is a great ‘why’ to give your guides when training them on your tour’s ‘housekeeping’ requirements. 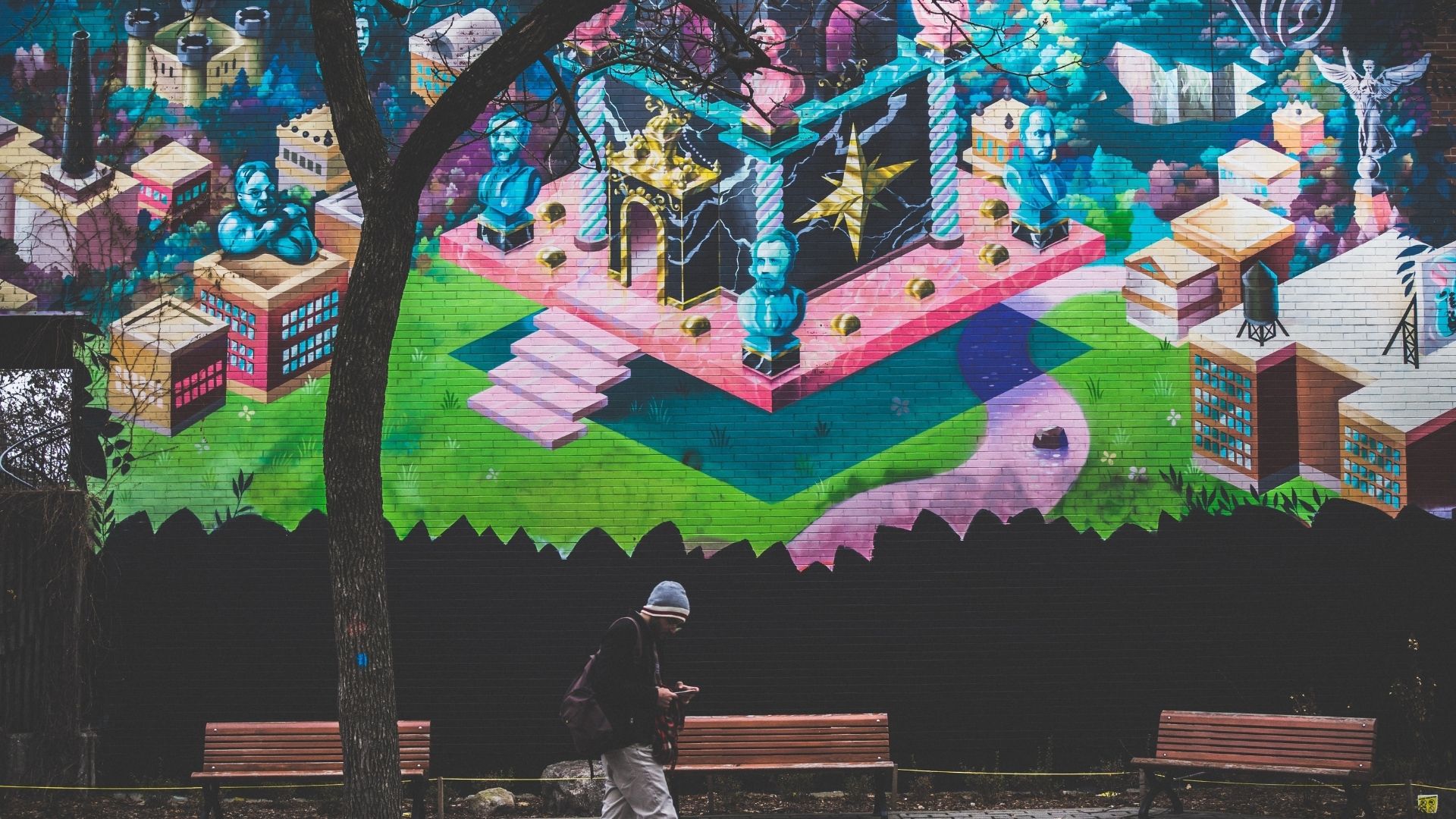 Maslow’s Hierarchy of Needs (a psychology theory proposed in 1943) basically shows that there are 5 stages of human needs.  You’ve probably seen the image of the pyramid before.
The theory shows that you’re not able to get to the top of the pyramid (self-actualization) until the basic needs at the bottom of the pyramid are met (food, shelter, safety, etc).
This is a fun video breaking down each level of the pyramid.
If we make the goal of our tour to influence visitors to self-actualization (so moved and inspired by our tour that it changes their world-view!), then using this theory, we know we need to first make sure that the lower levels of needs on the pyramid are hit.

These are the biological requirements humans need for survival.
Many of these, food, drink, warmth can be covered before your tour starts (e.g. “How are you feeling this morning?”.  But when it comes to ‘housekeeping’, you can cover the basic schedule of your tour (or today’s itinerary) to assure your guests that they’ll have what they need.
For example if you’re running a food tour, you’ll want to let guests know how long until the first tasting (as often they’ll come hungry); “So in about 15 minutes we’ll have our first light tasting, but then shortly after that we’ll get into some heavier things then finish with a dessert at the end of our tour.  So if you came hungry, don’t worry, you will be fed!”
If it’s a hot day, you’ll want to add into ‘housekeeping’ tips about staying hydrated; “So there’s a water fountain here that you can use, and if you don’t have your own water bottle, there’s a place we can grab one near the next stop, then you can just refill that at the water fountains we’ll pass throughout the tour.”
I’d also add into this information on bathroom stops (how long until the first possibility to use the restroom, what a guest should do if they need to use the restroom before that, etc).  There’s no greater distraction to a guest than worrying about where there will be a bathroom available.

Tours Are an Easy Vehicle for Education: Why Giving Facts Is No Longer Enough

This is where you’ll want to add some safety into your ‘housekeeping’.  If you’re in a big city, assure them that they’ll be safe with you, and maybe to keep an eye on their purse just as you would in any other big city.
On a walking tour, you might even want to assure them that while crossing the road filled with crazy traffic might seem intimidating (let’s say, in Vietnam), that you’ll show them exactly how to do it safely and that you’ll be right there with them. Otherwise they’re going to be worrying about what happens when the group has to cross the road (instead of listening).
Again, doing this at the beginning of the tour will stop them from worrying in their heads about what they’ll do if the group crosses the street (and so, not able to also pay attention to what you’re saying).
I’ll also put into this category the guest’s need to understand exactly when and where the tour ends.
One of the number one stressors for guests is if they have reservations, or another activity later in the day and they want to make sure they arrive there on time.
That’s why it’s extremely important to remind guests of when the tour will end (and then end on time…).  During ‘housekeeping’ you can directly ask if anyone has something afterwards and, if yes, reply with a “Oh you’ll have plenty of time to get there, when we finish, just remind me and I’ll give you directions.”

The next level of needs is social and about feeling like you are part of a group.
You can address this in ‘housekeeping’ with a simple; “And during our time together I encourage you to chat and get to know each other.”  Maybe you even give them an ice-breaker question that they can ask each other.
It’s important for this level to make sure to give your guests permission to ask questions.  It’s a silly thing, but not all guests will feel comfortable asking their questions.  So in your ‘housekeeping’ you can encourage questions and even let guests know if there are specific points during the tour when you’ll be taking questions (especially important for virtual tours).
You might also want to say a few words about it being a safe space if you’re comfortable, and that you invite them all to participate in making it a safe space (in other words, bullies or any rudeness will not be tolerated).
This is the last level that you can easily cover during ‘housekeeping’, the remaining levels, Level 4- Esteem and Level 5- Self-Actualization, you can work to achieve during the rest of your tour.

Now you might be thinking that this is a lot of information to get in at the very beginning of the tour, and it is (hence why so many guides are hesitant to go over all this information).

However, if you really list out the specific points that will be important to cover for your tour (related to the first three levels of Maslow’s Hierarchy), then you can practice delivering it in an engaging and personal way.  I’d say most of this you could fit into 5-10 minutes maximum.

One tip is, immediately after your ‘housekeeping’, ask if there are any questions, remind them that they can ask you to repeat any of those at any time, and then physically move your guests (even a few steps) to ‘start’ the tour.

Physical movement will break the ‘housekeeping’ from the start of your content, and will give guests a boost of energy.

Back to the full blog.